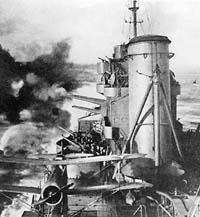 Artie James Stocks enlisted in the Marine Corps on his 18th birthday. He was assigned to the defense of Wake Island where the Japanese attacked shortly after Pearl Harbor. Overwhelmed by vastly superior numbers of enemy attackers, the Marines held out for sixteen days. Stocks was captured when the Japanese stormed ashore on Dec. 23, 1941. He was first taken to Japan, then to China for two years of brutal imprisonment and slave labor. He was subsequently committed to slave labor in Pusan, Korea and in the coal mines of Japan. He was liberated at the war’s end and nursed back to health. Stocks left the Marines in 1946, but re-enlisted to enter the Korean War. Then, in 1966 he served a tour of duty in Vietnam. His total service covered 26 years, including 44 months as a prisoner of war.