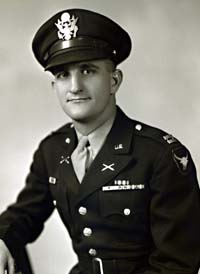 Tom Harrison was commissioned through the University of Utah ROTC in June, 1941 and immediately entered active duty where he was eventually assigned to the Army’s 21st Field Artillery for the defense of the Philippines. Harrison fought with besieged American forces on the Bataan peninsula until their surrender in April, 1942. His captivity began with the infamous Bataan Death March, followed by brutal train transfer to the Fort O’Donnell death camp. Starved, beaten and diseased, Harrison was later transferred to Cabanatuan then transported to Japan for slave labor via one of the notorious “hell ships.” He was liberated after three-and-half years of grossly inhumane captivity. Harrison is the author of Survivor: Memoir of Defeat and Captivity, Bataan, 1942.