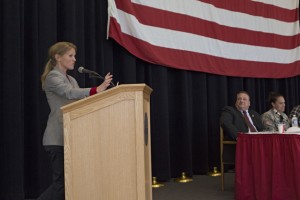 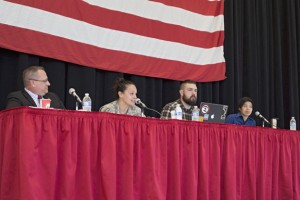 Our panelist discussed where women have been in the military,
where they are now, and what changes are coming
regarding the role of women in combat positions.