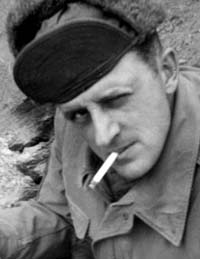 Bill Jaecke enlisted in Army at age 16 and was sent to Korea in July 1950 with the 24th Infantry Division, the first U.S. unit to engage the invading North Koreans. Shortly after arrival, Jaecke’s C Company of the 19th Regiment engaged in savage fighting against the Reds at the Kum River line where half his company was wiped out. Jaecke was wounded and treated inside the Pusan Perimeter where American and South Korean forces were nearly overrun. Jaecke returned to his unit in time for a U.N. offensive deep into North Korea. He later served three tours in Vietnam.