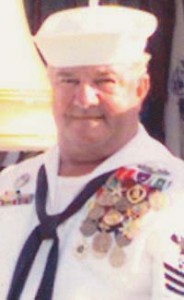 Bill “Rock” Rockhill was born in 1948 in Kamas, Utah. He graduated in 1967 from Jordan High School in Salt Lake City, where he excelled in athletics.

One year later, with the war in Vietnam raging, Rock worried about being drafted and leaving his wife who was expecting their first child. Upon advice of a recruiter, he enlisted in the U.S. Navy with plans of having a desk job as a mechanical draftsman. Shortly after boot camp he learned that he could have been exempt from the draft because his wife was pregnant. He was also told there was no slot available in the draftsman school.

During a “hot” extraction to pick up a seal squad, Rock’s boat came under heavy automatic weapons and rocket fire. They were pinned down by a large bunker complex whose snipers were zeroing in. They fired back with everything they had to give the “fast-movers” (jets) time to arrive and finish the fireworks.

In 22 months, Rock participated in 100-plus combat missions. When his tour ended in 1971, he had been awarded the Bronze Star for Valor and two Purple Hearts, along with dozens of other commendations.