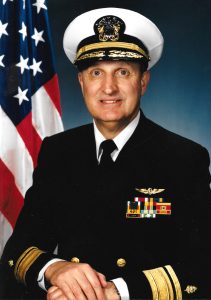 After six months at Marine Corps Air Station El Toro, Fowler joined Marine Medium Helicopter Squadron 163 in Vietnam in 1966. HMM-163 was flying H-34 helicopters out of Marble Mountain Air Facility, near Da Nang. He served as the squadron flight surgeon, flying on medevac missions in I Corps. Fowler was the only flight surgeon in the squadron and had only three corpsmen. HMM-163 left Vietnam, spent a short time on Okinawa and aboard ship, and returned to Vietnam at Phu Bai. HMM-163 continued to fly medevac missions with Fowler or one of the corpsmen on every medevac flight. Fowler flew 120 medevac missions over the course of the year and helped at the hospital at Phu Bai. During his time in Vietnam, Fowler earned two Navy and Marine Corps Commendation Medals with combat designation device for valor and six Air Medals.  His unit earned the Presidential Unit Citation.

In 1967, Fowler returned to his previous unit, VMT-103, at Marine Corps Air Station Yuma, Arizona, eventually transitioning to the Reserves and completing his residency in general surgery at Emory. In the Reserves, he served with 4th Marine Motor Transport Battalion, and then continued his service in Utah as Commanding Officer of Medical Crew 820 and Surgical Team 220. In 1977, he deployed to augment the medical staff of the USS SARATOGA. Afterwards, he was the Executive Officer and then Commanding Officer of the medical component of Marine Air Group 42.

Fowler went on to serve as Director of Health Services for Readiness Command 20, overseeing all Navy Reserve Medical assets in Northern California, Utah, Nevada, and Southern Idaho. Later, he commanded Navy Fleet Hospital Nine in Seattle, with a staff of 1,000. One third of them deployed in support of Operation Desert Storm.

RADM Fowler noted the strong relationship between the Navy medical personnel and the Marines, and he spoke of his “great respect for Navy Corpsmen,” saying that he “would like to give credit to Navy Corpsmen, and emphasize how important Navy Corpsmen are in general, and specifically for Marines.”