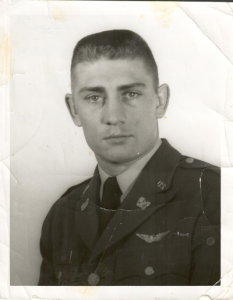 Instead of eating cake and celebrating, Chief Warrant Officer 2 Jack Peck spent his 30th birthday flying perilous medevac missions in the la Drang Valley, during the first major battle between the U.S. Army and North Vietnamese Army. That day, as part of the 15th Medical Battalion, 1st Cavalry Division, Peck was on standby as the pilot for a reserve crew, ready to cover any missions two other crews couldn’t. They were assigned UH-1D helicopter #759, a Huey known for its low power and high mileage.

When the other helos were tied up, a call came in. Peck and his crew were quickly airborne but were given only coordinates, without a call sign or radio frequency for the unit on the ground. Plotting the location on his map, Peck realized he was approaching Cambodia, nowhere near the fighting. He decided to head south, closer to the fighting, when over the emergency band, he heard, “Dust off, dust off! This is Low Pawn One Niner, Over!” Low Pawn 19 provided their coordinates and reported they were pinned down and had heavy casualties. Peck headed to the landing zone and discovered another problem with the mission. The landing zone was cleared, but overhanging branches prohibited a safe landing, and even without the branches, this Huey didn’t have the power to ascend straight up—they needed room to get forward airspeed. As they hovered over the landing zone , the helicopter received enemy fire, taking a round in the tail boom. Peck quickly maneuvered away and spotted a nearby clearing that would work, if the Pathfinder could remove a tree in the way and the North Vietnamese soldier hiding in the top of it. Peck made a quick circle and returned to the cleared landing zone, picking up nine wounded—two more than normal. Loaded heavy with wounded and flying light on power, Peck took off, clearing the tree tops with inches to spare. Peck and his crew would make two more trips to the area before the day was over.

In a treacherous night mission, Peck flew from Pleiku to an area with heavy fighting. On approach to the landing zone, there was a problem with the flares from the Air Force C-47 circling above, and the night suddenly went pitch black. “It was like hovering with your eyes closed,” he said. When the flares resumed, Peck landed and flew back with a wounded Soldier who arrived at the medical tent with no pulse or respiration. Three weeks later, the Soldier was shooting hoops on the basketball court. “That’s what made these dangerous missions all worth it,” Peck said. Following many other missions, Peck, an Air Medal recipient, extended his tour in Vietnam to train nine new pilots who had never flown medevac missions.

After Vietnam, Chief Warrant Officer 2 Peck flew helicopters for firefighters and oil companies, and later retired as an air traffic controller with the Federal Aviation Administration after 25 years of service.