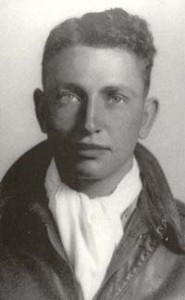 McKay H. Nelson grew up around the red mesas of Southern Utah in Cedar City. He enlisted in the Army Air Corps in 1942 and landed in gunnery school, earning a seat as tail gunner on a bomber. The B-25 was the Air Corps’ main bomber, the same plane used in the Doolittle raids on Japan. It carried a pilot, navigator, flight engineer (top turret gunner), radio operator (waist ­gunner) and armorer (tail gunner). As tail gunner, Nelson’s workspace was his turret, which was so cramped he couldn’t even wear his parachute. A typical bombing mission, often flown at treetop level, was five to seven-and-a-half hours long. With fuel restrictions, time over target was only five to 15 minutes.

Nelson flew 17 missions over Southeast Asia. In a single mission, eight B-25s destroyed four bridges and damaged three. In one of his most dangerous missions, Nelson’s bomb group joined with B-24s to devastate a Japanese stronghold in China. The home of the 491st was on the edge of the Allies’ reach. Supplies had to be brought in from Calcutta by rail or air from the other side of the Himalayas. The 491st was constantly undersupplied. Missions were canceled due to a lack of fuel. Most meals consisted of rice and water buffalo meat.

After World War II, Nelson left the Army Air Corps. He graduated from the University of Utah with a degree in civil engineering. He spent eight years as a search and rescue pilot for the Civil Air Patrol and he has presided over the Veteran 491st Bomber Squadron Association known as the “Flying Tigers.” Every year he attends a Flying Tigers reunion as well as a memorial service at Arlington National Cemetery.